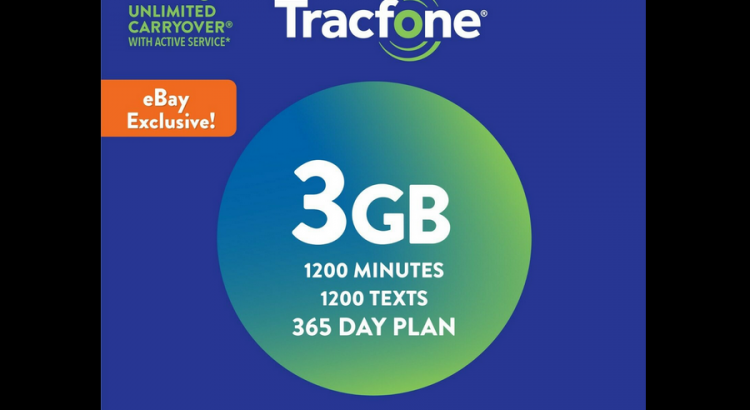 Tracfone is offering a super cheap annual plan through its eBay store. For $39.99, customers can get a plan with:

The allotments of data, texts, and minutes last for an entire year and do not renew each month.

It’s awesome to see that the offer is available on AT&T and Verizon’s extensive networks. As I understand it, Tracfone will ship a SIM card for each of the three networks, and subscribers can then choose which network to use.

This is one of the best deals I’ve seen for an extremely low-use plan. Unlike some of the other companies offering ultra-cheap plans, I have a lot of faith in Tracfone. I’ve gone ahead and ordered a plan, and I expect to post an update once I’ve had a chance to trial the service. I don’t know how long this deal will be around for. Tracfone has suggested it’s a limited time offer.