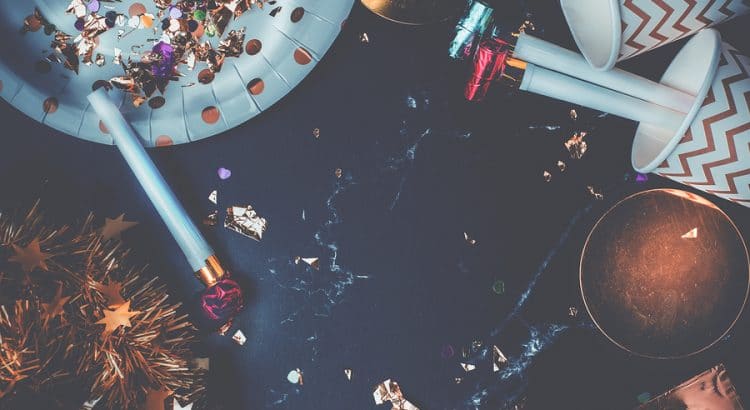 The Verizon flanker brand, Visible, just launched what it calls Party Pay. With Party Pay, groups of up to four people can get discounts on their service while still maintaining their own, separate billing.

Previously, Visible offered only one plan. For $40 per month, subscribers could get unlimited minutes, texts, and data over Verizon’s network. Visible has a few limitations: hotspot speeds are throttled, a limited set of devices are compatible, and subscribers have low priority during periods of network congestion. Still, at $40 per month, Visible was offering a good price for an unlimited plan that ran over Verizon’s network. Today, Visible’s pricing got a lot better. With Party Pay, subscribers now pay a per-line rate determined by how many people are in their party:

Party pay is not a traditional family plan. Visible doesn’t require that users be family members or even know each other in real life:1

If you’re already active on Visible, get a party link from a loved/liked/iffy-about one, or an internet stranger. Click the link, and ask to join the party.

If you want to, it’s possible to treat Party Pay like a family plan—though it might take a bit of work. Here’s what a Visible employee on Reddit suggests:

How can I pay for everyone in my party (like a family plan)?

Easiest way to do this is just adding the same payment info to all the accounts you want to pay for and turn on Autopay.

Parties don’t have a manager. Anyone in a party that is not full can invite others, approve requests from people wanting to join, or choose to leave a party. It is not possible to kick another member out of a party.

If a subscriber leaves a party, Visible’s rates for those still in the party will adjust accordingly. Here are excerpts from Visible’s FAQ explaining the process:

If one of my party members leaves the party, what happens?
They are removed from the party. When that happens Visible monthly service amount changes for the remaining members based on the number of members still in the party at the time the next bill is created [or something to this effect].

At $25 per person for an unlimited plan over Verizon’s network, Visible’s Party Play is hard to beat in price. That said, it may not be for everyone. A fair number of subscribers have reported issues with aspects of Visible’s service (see my full review).

With the introduction of Party Play, Visible made a few other changes. New customers now get their first month of service for $25 regardless of their party size. Additionally, the Visible referral program is being phased out. Existing subscribers will keep their bill credits for past referrals, but Visible won’t continue to give referral codes to new customers.

Feel free to leave invitation links for your party in the comments (but check if another commenter has open spaces in their party first). 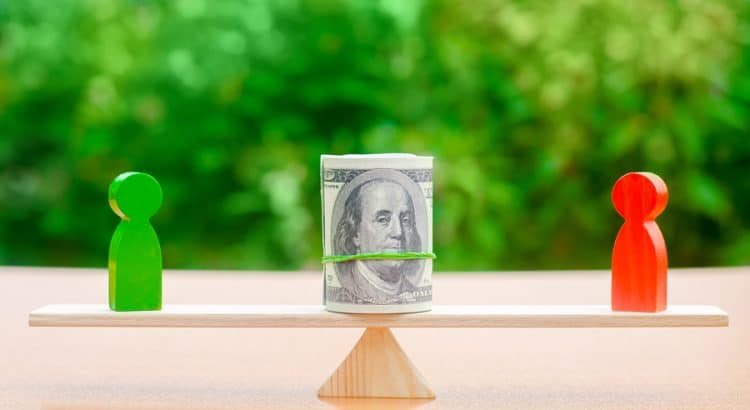 One of my recent posts about Xfinity Mobile received a comment on Reddit that got me thinking:

While Xfinity does have decent options (especially if you don’t need too much data) – it isn’t necessarily very different from other MVNO’s.

Let’s dive into that. It’s not always possible to make apples-to-apples comparisons among carriers since each carrier has its own way of structuring plans. Still, I’ll try my best to compare Xfinity Mobile’s prices to the best deals available from Verizon and other carriers that use Verizon’s network.

Xfinity Mobile has extremely competitive prices for those who want service over Verizon’s network, don’t use a lot of data, and don’t mind being more tightly tied to other Xfinity services. For those who use moderate or large amounts of data (especially on family plans) Xfinity Mobile faces plenty of competition. 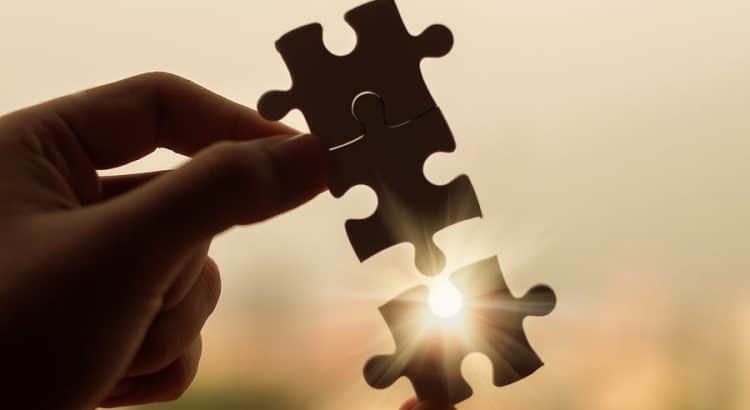 Xfinity Mobile has a bring your own device (BYOD) program, but only a limited set of phones are eligible. You can check a specific device’s eligibility with Xfinity’s compatibility tool.

The iPhone 6 and more recent Apple devices are likely to be BYOD-eligible if they’re unlocked. However, iPhone models sold in some regions of the world or by certain carriers may be ineligible. I strongly suggest double checking iPhone compatibility with Xfinity’s online tool.

Only a handful of Android phones are officially compatible with Xfinity Mobile.

Most models of these devices will be compatible with Xfinity Mobile if they’re unlocked and were sold in the United States, but there are a few exceptions. You can confirm compatibility on Xfinity’s website.

I expect most Samsung S20+ and S20 Ultra devices are eligible for Xfinity Mobile’s BYOD program. Here’s an excerpt from a support agent’s post on an Xfinity forum:

Samsung Galaxy S20+ 5G and Galaxy S20 Ultra 5G devices brought over from other carriers, like AT&T or T-Mobile, will not be available for BYOD until approximately three to six months after the March 6, 2020 launch.

I’m suspicious that Xfinity Mobile may have also added support for the Galaxy S20 5G UW and the Galaxy Note20 line, but I have not confirmed.

Official details about devices Xfinity Mobile permits are shared in the carrier’s FAQ. Xfinity Mobile has expressed an intention to expand the number of devices on its Android BYOD list in the future:1

I hope Xfinity Mobile aggressively opens up its Android BYOD program soon, but I’m not sure it will happen. Progress has been slow so far. Here’s an excerpt from a complaint posted by a Reddit user in early 2019:

Xfinity finally started to offer limited Android BYOD support in July 2019. Since the beginning of the BYOD program, Xfinity has expanded its initial list of supported devices to include the S10, S10+, S10e, Pixels, and some phones in the S20 line.2

Unlimited minutes and texts are included for free in all of Xfinity Mobile’s plans. Subscribers just pay for data, and rates for data are reasonable. For $45 per month, a subscriber can get unlimited data. Alternatively, subscribers can purchase a set amount of data and share it among up to five lines:

A family could get five lines of service with 10GB of shared data, unlimited minutes, and unlimited texts for a base price of only $12 per line.1 Purchasing a comparable family plan from Verizon would be far more expensive. Even other mobile virtual network operators (MVNOs) that run over Verizon’s network charge far more for similar plans. Why is Xfinity Mobile so cheap?

Lock-in with other Xfinity services

$20 per line monthly charge applies if at least one of the following post-pay subscriptions are not maintained on the account: Xfinity TV, Internet or Voice service.

Xfinity Mobile is relatively new, but it already has a huge number of subscribers.3 While the agreements between MVNOs like Xfinity Mobile and host operators like Verizon are generally private, my impression is that MVNOs with large subscriber bases often receive substantially better rates than MVNOs with small subscriber bases. Xfinity Mobile may, in part, be able to offer low prices because it gets unusually good rates on access to Verizon’s network.

I haven’t seen Comcast executives explicitly explain their rationale for launching a mobile service, so all I can do is speculate. If you have other thoughts about Xfinity Mobile’s pricing strategy, please leave a comment! 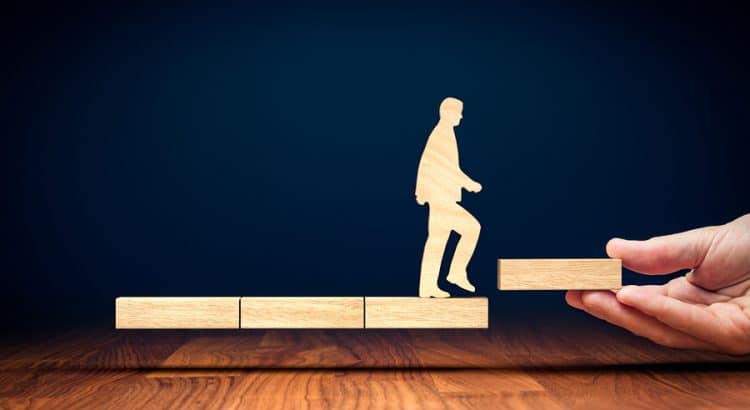 Yesterday, Consumer Cellular announced an increase in the data allotments it offers at different price points. The table below outlines the changes:

I spoke with a Consumer Cellular support agent who confirmed that these changes would automatically affect existing customers. For example, a customer who was paying $10 per month for 2GB of data will now be allotted 3GB of data per month at no extra charge.

It’s great to see a carrier improving customers’ plans without charging more or requiring customers to proactively opt-in to the changes. In some ways, it’s a bold business move. Customers who were paying $30 per month for 10GB could now downgrade to the $20 per month price tier and still receive 10GB of data. That said, I don’t expect a lot of customers will actually downgrade in response to the new pricing structure. 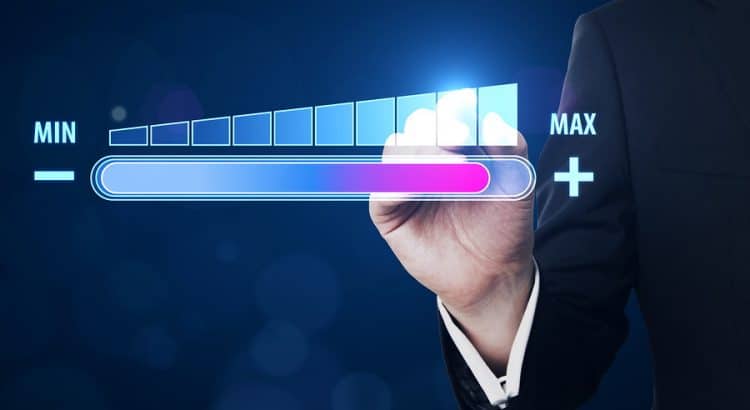 If you’re looking to reduce your data use, I highly recommend using what I call sliding data limits. Start each month by setting a data limit that’s well below the amount of data you’re allotted. Each time you hit your limit, reset it to something higher. Each time you change your limit, increase it by a smaller amount.

For example, let’s say you have 7GB of data allotted each month:

With this approach, you’ll be able to keep tabs on your data use and prevent overages with minimal effort.

Android phones have a built-in feature for setting data limits. Unfortunately, iOS does not offer a comparable feature. iPhone users aren’t totally out of luck though. Many wireless carriers allow subscribers to set up data limits or usage alerts from their online accounts.

In Android 10, you can set limits by going to:
Settings > Network & internet > Mobile network > Data warning and limit

If you hit a limit you’ve set, data access will be cut off. You’ll probably be prompted with an alert like this one: 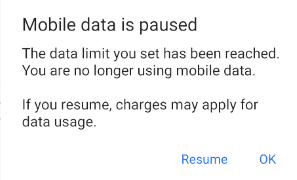 With Android phones, it’s possible to set data warning alerts rather than strict limits. With alerts, you’ll receive a notification when you’ve used a certain amount of data. Further data access will not be automatically cut off.

You might want to use both limits and warnings at the same time. For example, if you start a month with a 3GB limit, you might also want to set a 1.5GB warning to give you a better sense of the rate at which you’re using data.