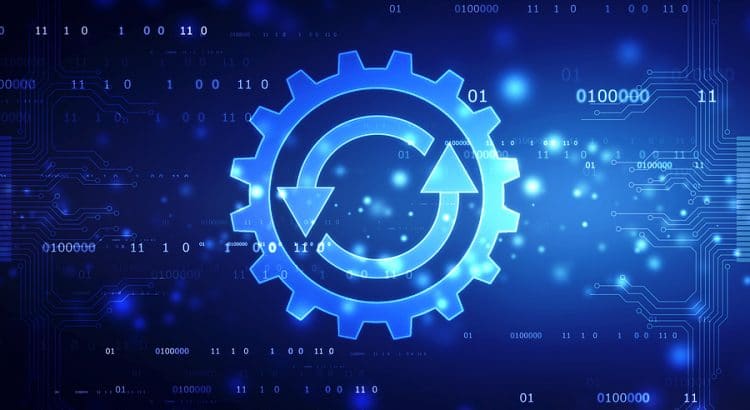 Verizon is automatically switching customers from its old unlimited plans (Start Unlimited, Play More Unlimited, Get More Unlimited, and Do More Unlimited) to the corresponding plans in the company’s revamped plan lineup. I believe the new plans are the same or better than the old plans in all respects.

Here’s a screenshot from an email Verizon sent me yesterday (I’m currently on the Get More Unlimited plan): 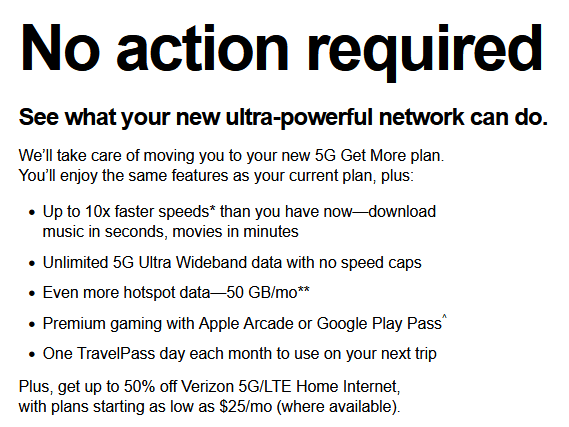 That first bullet point is interesting. Here’s the clarification Verizon includes in the fine print:

Early this week, Verizon launched 5G service in some of its recently acquired C-Band spectrum. I expect Verizon got the 10x figure by comparing typical 4G LTE speeds to C-Band 5G speeds. Verizon was already offering an even faster service, millimeter wave 5G, with some of its old plans. The way I see it, that first bullet point is a tacit admission that Verizon does not cover the overwhelming majority of its subscribers with millimeter wave 5G.