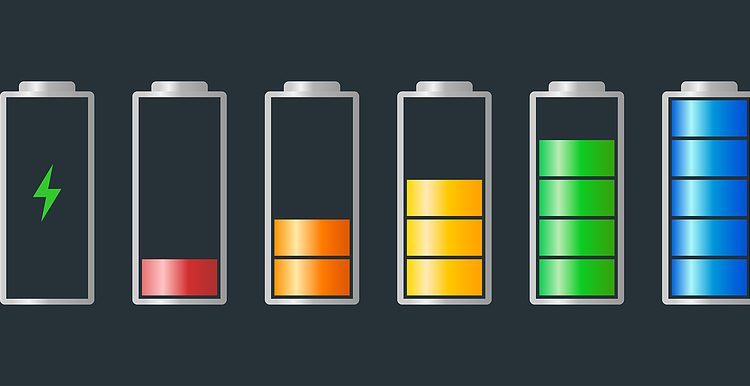 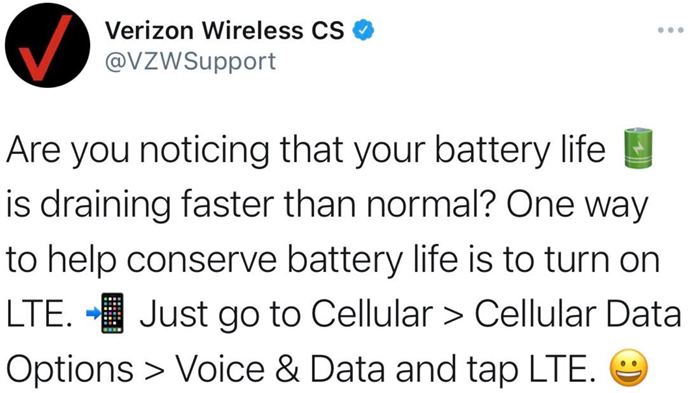 Customers that follow this advice will effectively be turning off 5G service. People on Twitter were quick to dunk on Verizon for running a marketing campaign about the benefits of 5G while simultaneously suggesting that some subscribers might want to turn off 5G service.

By Monday, a bunch of tech journalists had picked up the story. While Verizon deleted its tweet, many competing carriers posted screenshots or linked to news stories about Verizon’s gaffe:

Instant regret is so Verizon.https://t.co/MfmOJ6aAG9

Gizmodo ended its coverage of Verizon’s tweet with this line:

What’s going on? Verizon was being transparent. Verizon’s tweet had accurate and potentially useful information.

No one paying close attention to the cellular industry would be surprised that turning off 5G could preserve battery life. While a lot of hype about 5G has highlighted potential power savings, we’ve known that today’s 5G phones aren’t delivering on that potential. Here’s an excerpt from Samsung’s website:

Because your phone is connected to multiple networks simultaneously, the battery will drain faster than one would typically expect, and the phone may get warmer than when solely on 3G or LTE.

As the 5G networks grow in capacity and capability, they will be able to handle more of your phone’s functions with less battery drain. 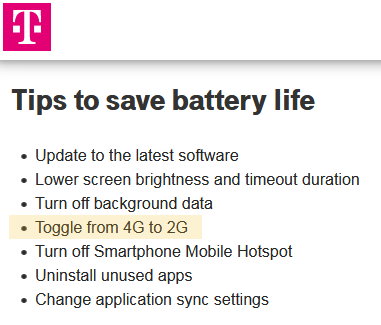 Verizon’s customer support was doing something helpful when it let subscribers know about the potential downsides of 5G. I want to encourage rather than discourage that kind of information sharing.

I’m not exactly sure how journalists should strike a balance between calling out bullshit and disincentivizing information sharing. After watching this story play out, I’m inclined to be more thoughtful about the second-order effects of some of my critical takes.