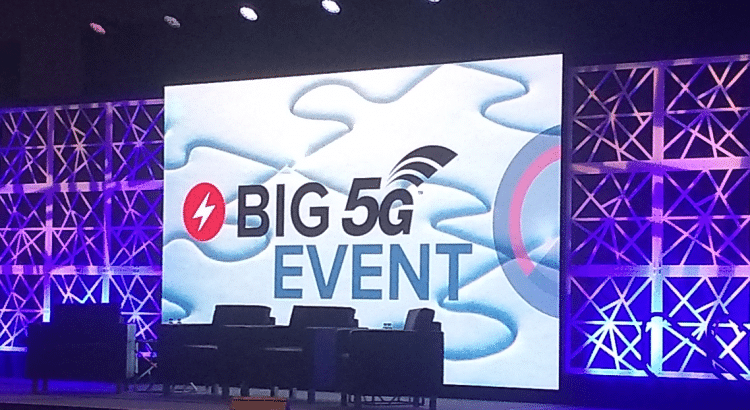 5G network technologies have the potential to deliver far faster wireless speeds than 4G technologies. 5G will also enable data transfer with much lower latency (delay) than 4G. The technology is awesome. However, I’ve had a nagging suspicion that aspects of 5G are being overhyped to consumers.

Earlier this month, I attended the Big 5G Event in Denver. Many executives in the telecommunications industry spoke at the conference, including speakers from each of the major U.S. networks. While I felt like some network operators had been misleading consumers about 5G, I hoped statements network operators made at the conference would be more reliable. After all, most attendees of the conference were telecommunications professionals capable of seeing through bogus claims. Unfortunately, excessive hype and silly claims showed up in many of the presentations.

That said, a couple of folks deserve applause for calling out bullshit related to 5G. From the beginning of his presentation, Ibrahim Gedeon, CTO of the Canadian operator Telus, indicated that he was going to be unusually straightforward:

How the hell am I going to spend 20 minutes looking very smart and say nothing…I should abandon that…I think 5G is letting us down.

I feel like we have to 5G something…Maybe we can find out from some of our peers how we can fake the 5G icon on the phone…That is the cheapest way to deliver 5G…I have nothing but the ultimate respect for good marketing.

Prior to the conference, I was skeptical about many of the proposed use cases for 5G. After the event, I’m even more skeptical.

Nicki Palmer, a senior vice president at Verizon, explained how 5G combined with machine learning could allow people with food allergies to scan items they pass in the grocery store to detect whether items contain allergens. It’s a neat idea. It might be technically impressive. However, 5G speeds aren’t required.

Some speakers mentioned that 5G could allow augmented reality technology to be used during surgical operations. Technology of this sort might be developed eventually, but I’m awfully skeptical that we’ll see next-generation wireless revolutionizing surgery in the next decade. There are hurdles in the way of that technology being used on a large scale well beyond limitations in wireless speeds and latency.

I also heard a lot about the potential 5G has to improve education. None of it made sense to me. Schools are buildings with wired internet. Wired internet can be awfully fast. Limitations in mobile speeds are not holding back education.

When I mentioned my skepticism about 5G use cases to Chris Pearson, president of 5G Americas, he emphasized that it might not be possible to predict many of the best use cases ahead of time. It’s a good point. Over the last few weeks, I’ve been trying to think through new use cases that emerged after the 3G to 4G transition. A lot of existing applications improved in a predictable manner. E.g., video streaming became a lot better with 4G speeds. Were there a lot of new, unanticipated use cases enabled by 4G? I’m not sure.

While I have a lot of skepticism about proposed 5G use cases, I’m still awfully excited about 5G. One specific use case that the conference made me more optimistic about is fixed wireless (delivering internet to buildings via wireless transmission instead of wired transmission). In a future post, I’ll explain why I find fixed wireless so exciting.

Could 5G lead to drastic declines in the cost consumers pay for each gigabyte of data? Unfortunately, I heard almost nothing on the topic.

In a panel that included executives from Verizon and AT&T, the moderator asked about 5G monetization and pricing. Nicki Palmer of Verizon and Igor Glubochansky of AT&T both dodged the question with politician-like non-answers.

In several different presentations, representatives of U.S. network operators suggested that they would have large-scale 5G networks deployed within a year or two. If these claims are taken seriously, I think they should be interpreted as indicating that some 5G technologies will be deployed on a large scale (e.g., the 5G air interface) alongside 4G technology. I think we are still several years away from large-scale, fully 5G networks.