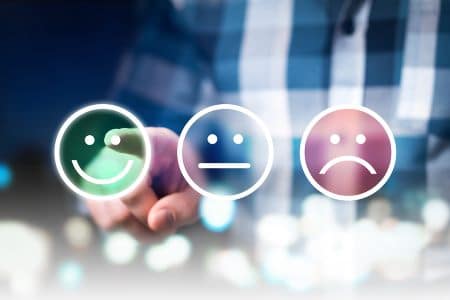 The surveys collected data from over 100,000 subscribers.2 I believe Consumer Reports would frown upon a granular discussion of the exact survey results, so I’ll remain vague about exact ratings in this post. If you would like to see the full results of their survey, Consumer Reports subscribers can do so here.

Results are reported for 20 service providers. Most of these providers are mobile virtual network operators (MVNOs). MVNOs don’t operate their own network hardware but make use of other companies’ networks. For the most part, MVNOs use networks provided by the Big Four (Verizon, Sprint, AT&T, and T-Mobile).

Interestingly, the Big Four do poorly in Consumer Reports’ evaluation. Verizon, AT&T, and Sprint receive the lowest overall ratings and take the last three spots. T-Mobile doesn’t do much better.

This is surprising. The Big Four do terribly, even though MVNOs are using the Big Four’s networks. Generally, I would expect the Big Four to offer network access to their direct subscribers that is as good or better than the access that MVNO subscribers receive.

It’s possible that the good ratings can be explained by MVNOs offering prices and customer service far better than the Big Four—making them deserving of the high ratings for reasons separate from network quality.

To test the reliability of Consumer Reports methodology, we can compare MVNOs to the Big Four using only the metrics about network quality (ignoring measures of value, telemarketing call frequency, and support quality). In many cases, MVNOs use more than one of the Big Four’s networks. However, several MVNOs use only one network, allowing for easy apples-to-apples comparisons.3

When comparing network quality ratings between these MVNOs and the companies that run their networks:

Taken at face value, these are odd results. There are complicated stories you could tell to salvage the results, but I think it’s much more plausible that Consumer Reports’ surveys just don’t work well for evaluating the relative quality of cell phone service providers.

Why aren’t the results reliable?

I’m not sure why the surveys don’t work, but I see three promising explanations:

Consumer Reports’ website gives the impression that their cell phone plan rankings will be reliable for comparison purposes.5 They won’t be.

The ratings do capture whether survey respondents are happy with their services. However, the ratings have serious limitations for shoppers trying to assess whether they’ll be satisfied with a given service.

I don’t understand why data service and web service were evaluated with separate metrics. Unfortunately, Consumer Reports doesn’t offer much information about the methodology behind the survey.