A lot of third-party evaluations are not particularly useful. Let’s look at HostGator, one of the larger players in the shared web hosting industry, for some examples. For a few years, HostGator had an awards webpage that proudly listed all of the awards it “won.”

Many of the entities issuing awards were obviously affiliate sites that didn’t provide anything even vaguely resembling rigorous evaluation:

Fortunately, HostGator’s current version of the page is less ridiculous.

Even evaluations carried out by serious, established entities often have problems. Rigorous evaluation tends to be difficult. Accordingly, third-party evaluators generally use semi-rigorous methodologies—i.e., methodologies that have merit but also serious flaws.

In many industries, there will be several semi-rigorous evaluators using different methodologies. When an evaluator enters an industry, it will have to make a lot of decisions about its methods:

These are tough questions that don’t have straightforward answers.

Objective evaluation is often impossible. Products and services may have different characteristics that matter to consumers—for example, download speed and call quality for cell phone services. There’s no defensible, objective formula you can use to assess how important one characteristic’s quality is versus another.

There’s a huge range of possible, defensible methods that evaluators can use. Different semi-rigorous methods will lead to different rankings of overall quality. This can lead to situations where every company in an industry can be considered the “best” according to at least one evaluation method.

In other words: Everyone gets a trophy! 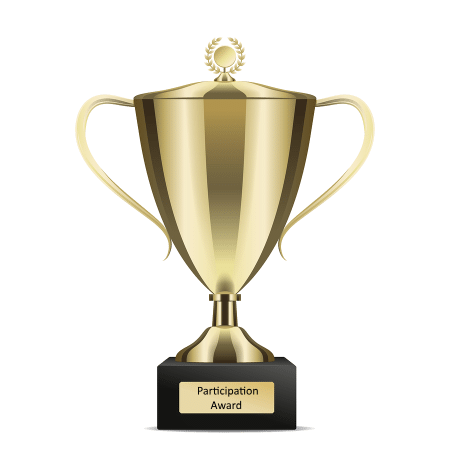 This phenomenon occurs in the market for cell phone carriers. At the time of writing, Verizon, AT&T, T-Mobile, and Sprint all get at least one legitimate evaluator’s approval. (More details in The Mobile Phone Service Confusopoly.)

Evaluators are often compensated in exchange for permission to use their results and/or logos in advertisements. Unfortunately, details on the specific financial arrangements between evaluators and the companies they recommend are often private.