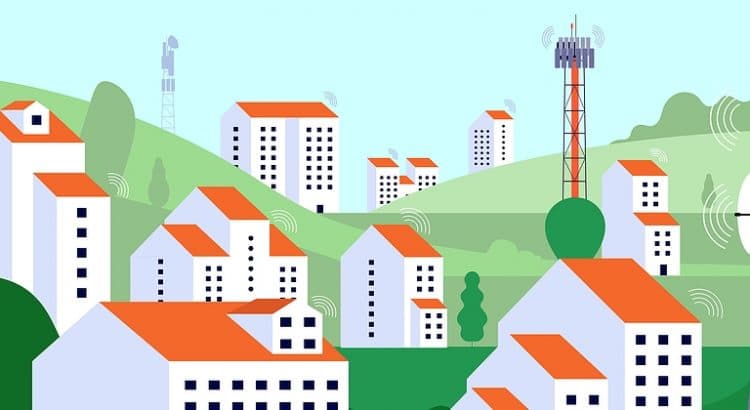 Verizon has the most extensive coverage of any U.S. network. While Verizon beats AT&T in terms of coverage, AT&T still covers the overwhelming majority of Americans.

You can check coverage in your area using interactive coverage maps on the network operators’ websites:

I pulled snapshots of each network’s map in August 2020. Here’s Verizon’s map: 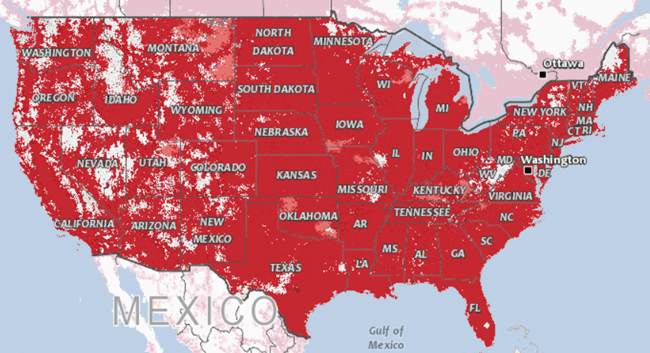 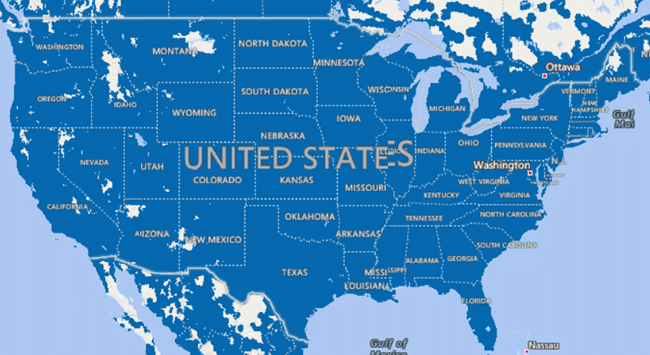 When comparing the maps, a few things jump out:

At first glance, it looks like AT&T’s map shows more coverage than Verizon’s map. However, AT&T’s national-level map appears to smooth out small areas lacking coverage. Some areas that are solid blue on the national map show patches of white (indicating no coverage) as you hone in on smaller regions.

Maps may fully capture subscribers’ actual experiences with coverage. It helps to consider independent assessments of network performance in addition to coverage maps. For understanding coverage at the national level, I like the approach used by RootMetrics.

RootMetrics drives hundreds of thousands of miles each year on U.S. roads while carrying around phones constantly collecting data about the performance of major networks. Here’s how AT&T and Verizon scored in the Network Reliability category in RootMetrics’ report for the second half of 2019:

By some measures, AT&T’s network has slightly faster average speeds than Verizon’s network. However, there’s still reason to think Verizon does better in terms of offering consistently decent speeds, which is likely more important.

Speaking broadly, AT&T tends to charge slightly less than Verizon for comparable plans. However, I strongly suggest potential subscribers check the prices they’d pay with each carrier. There are a lot of exceptions to the general trend.