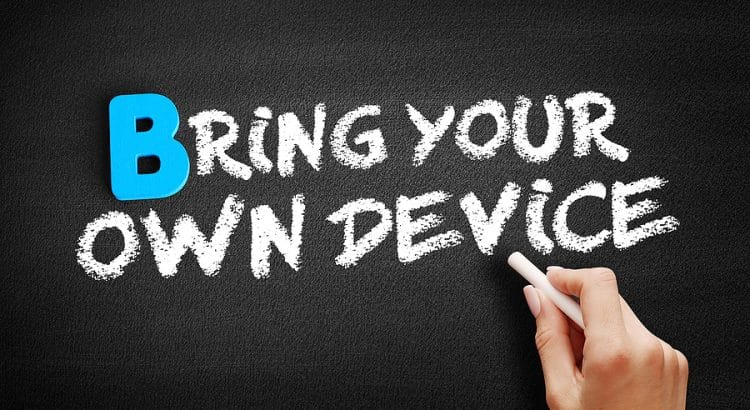 The easiest way to check whether you can bring your own phone to Verizon is to enter your phone’s information in Verizon’s compatibility tool.

Verizon’s website has a list of Android phones eligible for Verizon’s BYOD program and a separate list for eligible phones from Apple. Unfortunately, both of these lists are significantly out of date.

Most iPhones sold in the U.S. in the last several years will be eligible for Verizon’s BYOD program as long as the devices are not locked to a carrier other than Verizon. The iPhone 6 and more recent iPhones are usually eligible. If you’re considering bringing an iPhone to Verizon, I strongly suggest running your IMEI number through Verizon’s tool to double-check compatibility.

For a phone to work well with Verizon, it must:

Technically inclined people may want to check which frequencies and bands used by Verizon are compatible with their phones.

Verizon also uses bands 46 and 48 in some areas. While Verizon may rely on these two bands more extensively in the future, compatibility with these bands is not currently necessary for good performance on Verizon’s network.

In the future, Verizon’s 5G service will make use of additional frequencies.

Verizon is running a handful of promotions for customers that bring their own phones.

Customers that sign up for one of Verizon’s high-end, postpaid unlimited plans can get $150 back. The high-end plans include:

Subscribers that join the Start Unlimited plan, the cheapest of Verizon’s postpaid unlimited plans, are eligible for $100 back.

The money comes in the form of a virtual Verizon gift card. Here are the key details for the promotion (emphasis mine):

Receive up to a $150 Verizon e-Gift Card when you add a new smartphone line and activate with your own 4G or 5G eligible smartphone on select unlimited postpaid plan between 10.1.20 and 12.31.20. Visit vzw.com/digitalrebatecenter to redeem your offer, promo code provided on receipt. Start Unlimited plan receives $100 Verizon eGift Card…We reserve the right to charge the amount of the Verizon e-Gift Card to your Verizon Wireless account if service is canceled within 12 months…This gift card can be used to buy merchandise & services at stores/kiosks operated by Verizon or at verizon.com…Gift cards can be used to pay a Verizon Wireless or Fios bill by visiting Verizon.com or using the My Verizon app.

While the terms I’ve seen don’t explicitly mention that a number must be ported into Verizon, I’m not sure that isn’t a requirement.

Verizon customers that bring their own smartwatches or tablets to postpaid Verizon plans may be eligible for a $100 virtual gift card. The terms of the promotion are similar to the terms of the previously discussed promotion for people who bring phones to Verizon’s postpaid unlimited plans. Customers looking to take advantage of this promotion must port in a number from another carrier.

Verizon customers that bring their own phones and sign up for Verizon’s 15GB prepaid plan or Verizon’s unlimited data prepaid plan may be eligible for a $60 service credit. Among other things, customers taking advantage of their deal must port in a phone number.