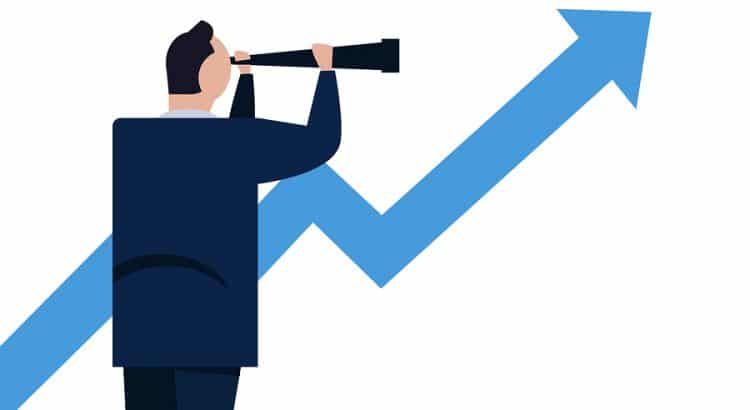 Yesterday, one of my favorite journalists covering wireless, Mike Dano, published an article with the title “Why Wireless Carriers Magically Keep Growing Every Quarter.”

Dano notes that there’s been a roughly 2.5% growth in wireless subscribers for each of the past several quarters. This growth rate is tricky to make sense of:

[MoffettNathanson analysts] noted that the industry’s growth rate appears to be outstripping population growth rates and the growing number of teenagers getting phones, and isn’t attributable to other factors like the growing number of secondary phone-type devices like the Apple Watch. ‘The most likely answer appears to be the simplest,’ wrote the MoffettNathanson analysts. ‘Carriers are offering free or partially subsidized phones in return for adding additional lines.’

They continued: ‘It is all but certain that some customers have taken advantage of these offers even if it means adding a line they don’t need, and won’t use. The customer would simply reassign the new BOGO handset to an existing (used) line, moving an old unwanted handset to the new (unused) line.’

I’m not convinced this is the simplest explanation. A lot of consumers would find the process of adding a line to take advantage of a buy-one-get-one (BOGO) offer then switching service between devices complicated or sketchy. Around 2012, massive phone subsidies on post-paid plans were extremely common. At the time, I was involved in the cell phone resale business. I noticed that a surprising number of people were eligible for subsidized upgrades but not using them. In these scenarios, a subscriber could upgrade to a new ~$400 device for free, switch back to an old device, and quickly resell the new device. Even though the opportunity was relatively simple, I got the impression that people rarely took advantage of it.

The other problem I have with the explanation is that if consumers are taking advantage of BOGO offers in large numbers, carriers ought to notice what’s going on. Perhaps some carriers want to pad their subscriber numbers, but I find it unlikely that there’s an industry-wide willingness to pad subscriber numbers today since that will lead to higher churn in a year or two. I would guess that some carriers seeing consumers regularly add new lines to get free devices would be inclined to promote device-financing options. I expect financing options would often be simpler for consumers and more profitable for carriers.

That said, it’s pretty clear that at least some new lines come from those taking advantage of BOGO offers. A recent FCC filing stated the following (emphasis mine):

Sprint’s postpaid net additions recently have been driven by ‘free lines’ offered to Sprint customers and the inclusion of less valuable tablet and other non-phone devices, as well as pre to post migrations that do not represent ‘new’ Sprint customers.1
What I wonder is whether BOGO offers are the primary driver of unexpected growth. Dano mentions a claim found in a recent Wall Street Journal article (paywalled) that’s based on work from New Street Research:
Telecom consultant New Street Research estimated that customers signing unneeded wireless contracts to pocket more valuable smartphones added 1.7 million ‘fake’ lines to cellphone carriers’ tallies in 2018.
If we take that number at face value, that’s roughly 400,000 lines per quarter.2 However, BOGO offers are not new. They reached their peak several years ago. For “fake” BOGO lines to be driving growth, there must be more “fake” lines getting activated now than there are “fake” lines falling off.3 From my vantage point, it looks like BOGO offers might be less appealing than they were in the past. It used to be the case that devices that had been out for a few years were substantially worse than recently-released devices. That seems less true today. Recent declines in iPhone sales may indicate the other people feel the way I do.

What else might explain the large growth in subscriber numbers? On Twitter, industry-analyst Roger Entner mentioned that the growth could be due to subscribers transferring off of the Lifeline subsidization program.

It’s an interesting puzzle, and I might just be missing something. Despite my skepticism, I still don’t think it’s implausible that BOGO promotions really are driving lots of growth in subscriber numbers.