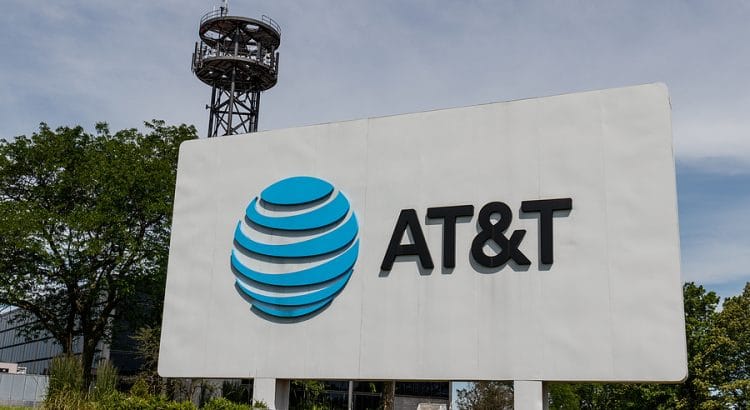 Unlimited Starter customers will be able to take advantage of AT&T’s extensive native coverage and coverage from AT&T’s roaming partners. You can find an interactive coverage map on AT&T’s website.

The screenshot below shows tests I ran while trialing the plan around Boulder, Colorado. Signal strength varied between tests. Speeds were consistently good. One test found a download speed well over 100Mbps. 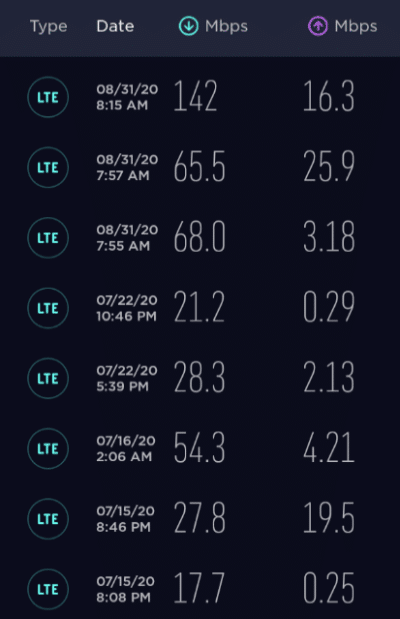 Subscribers on AT&T’s Unlimited Starter plan have low-priority data. As a result, subscribers may experience slower speeds than other users during periods when AT&T’s network is congested. In my trial, I didn’t run into much trouble due to the low prioritization. All of my download speeds tests showed solid speeds. However, people living in areas where AT&T’s network is regularly congested may run into more trouble.

AT&T mentions this limitation on the main webpage about the carrier’s unlimited plans:1

AT&T may temporarily slow data speeds if the network is busy.

I further confirmed the Start Unlimited plan’s low priority when running a test that found a QCI of 9 for regular data use.

While regular data is not throttled for Unlimited Starter subscribers, video traffic will usually be throttled to about 480p (often called “standard definition”).

The Unlimited Starter plan does not come with an allotment of mobile hotspot data.

Unlimited Starter subscribers can text for free from the U.S. to most of the rest of the world. Minutes, texts, and data are also included for subscribers traveling in Mexico and Canada.

AT&T’s unlimited plans have prices that vary with the number of plans on an account. As more lines are added to an account, the cost per line falls.

The table below shows prices with discounts for automatic payments and paperless billing. Taxes and fees are not included.

My Unlimited Starter plan had a $65 price after discounts. Taxes, surcharges, and other fees brought the final bill up about $5 to a total of $70.58.

AT&T’s Unlimited Starter plan is a decent option for people who want an AT&T Unlimited plan without breaking the bank. Potential subscribers who want high priority during congestion or an allotment of hotspot data should consider AT&T’s fancier Unlimited Extra plan.